According to an article in Food Navigator-Asia.com written by Gary Scattergood, edible insects from Sumatra can provide a strategic solution for hunger problems and subsequent undernourishment due to their high essential fatty contents, researchers have concluded.

The result of our R&D in Thailand will be primarily used in an ongoing project together with Almhaga AB (that can be read in detail via this link, in Swedish only).

“One small step for man, one giant leap for mankind”

With a history since 2011, Global Bugs is now entering a new phase and is setting up our brand new R&D cricket and black soldier fly (BSF) farm, just outside Hua Hin in Thailand.

Presently we have started the casting of the foundation which will be finished in July. Thereafter, the building for farming and processing of crickets and BSF will be constructed. Beside this, machines and necessary equipment are ordered, ready to be installed when the R&D farm is ready for production.

With focus on R&D and the right balance in feed for the best protein quality we will be able to produce 8,000-10,000 tons / month with a start in the 4th quarter 2017. For wholesale customers and partners, we presently work directly with old customers in Asia and Australia, but discussions are also held with new customers in EU and US as well.

The new R&D cricket and BSF farm is a result of long hard work, analyzing the potential to breed crickets and BSF in a more advanced manner, compared to the present old-fashion farming methods.

“It is a big moment says Rickard Engberg, Chief Innovation Officer at Global Bugs and for all parties participating in the project”.

Rickard further says that “since the beginning of 2011, the team and I have put a lot of effort to make this happen, and to finally see the first modern farm being built, is very emotional”.

Since the forming of Global Bugs in June 2016 and the concept of our future full scale EntoPark™ taking place, things really speeded up. In just a couple of month we got the basic funding to start the construction of the R&D farm. Presently we are in close dialogue with partners and investors that will contribute to the development of the first full scale EntoPark™ that we plan to have in place by the end of 2018.

Keep yourself updated about our progress by following Global Bugs via our blog.

Network meeting in the Danish Insect Network at Axelborg

Global Bugs was, among others, invited as a key speaker at the network meeting in the Danish Insect Network at Axelborg on June 13 in Copenhagen.

The network was discussing the huge potential for industrial production of insects, which for a long time also has been discussed abroad. For this theme day under the direction of the Danish Insect Network, some of Europe’s leading experts in the field were invited to clarify current and upcoming commercial activities as well as work on international law.

For more information and all presentations, please follow this link

New research indicates that insects are a safe source of protein for animal feeds and a viable option for the future.

The potential for using insect protein as a source of animal feed for pigs, poultry and fish in the European Union was described as “huge” at a recent conference organized by PROteINSECT in Brussels.

While the deliberate feeding of insect protein to farmed animals intended for food is not permitted under EU law, there is a growing desire to reduce reliance on imports of protein feeds from non-EU countries, according to Adrian Charlton of Fera Science in the U.K. Recognized for its global expertise in safety assessments and quality data, Fera Science has been investigating the implications of feeding insects to livestock as a source of protein as part of the PROteINSECT project.

“Environmental concerns and the EU protein deficit, along with fluctuating global protein prices, are huge concerns and it is important we look at additional sources of protein to achieve a sustainable U.K. agriculture,” said Charlton. Insects are an innovative new source of feed. And, according to initial studies, a viable option for farmers to consider for inclusion in livestock diets. They are also a natural component of the diet of poultry, pigs and fish, so it is logical to investigate the options of feeding insects.

“There is a lot of work to do to understand and manage safety risks for animal feed, however, early indications are very promising. In terms of a protein source, insect protein is around 86-89 percent digestible, which is significantly higher than most vegetable-based protein. There is also the potential for high value by-products such as fats and oils.

Combined with potential production efficiencies, insect feed is attractive for the future of animal nutrition. For example, soybean yields around 0.9 metric tons (mt) per hectare (0.36 tons/acre) of protein, compared with insects that potentially yield 150 mt per hectare (60 tons/acre) protein. That offers the potential of a 200-fold reduction in land use.

Charlton stressed the need to understand the methods of production, the costs of production and the safety elements, but “early data suggests this is a viable option for the future,” he said.

“As part of this research, insects were fed to quality-assured animal trials in late 2015/early 2016, under the protocol of European feed industry standards,” Charlton said. “Control diets contained fishmeal. This was substituted at a range of varying inclusion levels with insect meal. The results showed that all animals performed in line with controls.”

Samples of the fish, chicken and pork were also analyzed for contaminants, taints and changes in nutritional profile, and no difference was found.

To coincide with the conference, PROteINSECT published a white paper. The document, titled “Insect Protein – Feed for the Future: Addressing the need for feeds of the future today,” covers safety, nutritional value, environmental impact, commercialization and consumer acceptance of insect protein in animal feed. It endorses two key actions: to review key EU regulations that prohibit the production and feeding of insects to livestock, and to present data to allow the European Food Safety Authority (EFSA) to carry out a full risk profile for insects reared on organic wastes.

PROteINSECT is an EU-funded project enabling the exploitation of insects as a sustainable source of protein for animal feed and human nutrition. Bringing together expertise from China, Africa and Europe, the project has 12 partners from 7 countries and is coordinated by Fera Science Ltd.

It was reported late last year that changes to the regulations indicate that insect protein may soon enter the animal feed market in the European Union.

But one company says more must be done to allow insects in pig, poultry feed

The European Commission has officially authorized insect-based protein for aquaculture feed, with the regulation text to come into effect on July 1.

European Union regulations will now allow insect protein to be fed to farmed fish, but at least one company says the European Commission should act to allow safe and sustainable insect-based feedstock to be used in the pork and poultry industries.

“We welcome the European Commission’s official ruling on this important reform for the aquaculture industry,” said nextProtein co-founder and Chief Operating Officer Syrine Chaalala. “With the vast majority of farmed fish relying on fishmeal and the depletion of our marine ecosystems, insect-based proteins offer the aquaculture industry a more sustainable way to ensure fish for human consumption.”

NextProtein, a French-Tunisian agritech startup, said “more must be done to ensure outdated regulations do not slow progress in such a vital field of sustainable agriculture.”

“What must now be a priority is ensuring outdated regulations are amended to ensure safe and sustainable insect proteins can be used in the poultry and pork industries,” said nextProtein co-founder and CEO Mohamed Gastli said. “Insect proteins are one of the most abundant sources of alternative proteins but until now the legal framework covering insect proteins needs has yet to fully catch up to the future of what businesses like ours can offer to modern agriculture.

“We now need the European Commission to amend regulations to include the poultry and pork industries and ensure safe and sustainable insect proteins, which are created using significantly less land, water and energy resources, with less greenhouse gas emissions.”

The European Food Safety Authority in 2015 published a risk profile on the use of insects as human food and animal feed, addressing and comparing various potential hazards. It noted that risks would very much depend on production methods, substrate, life cycle stage at harvesting, species and methods used for processing.

To read the original article, please click this link. 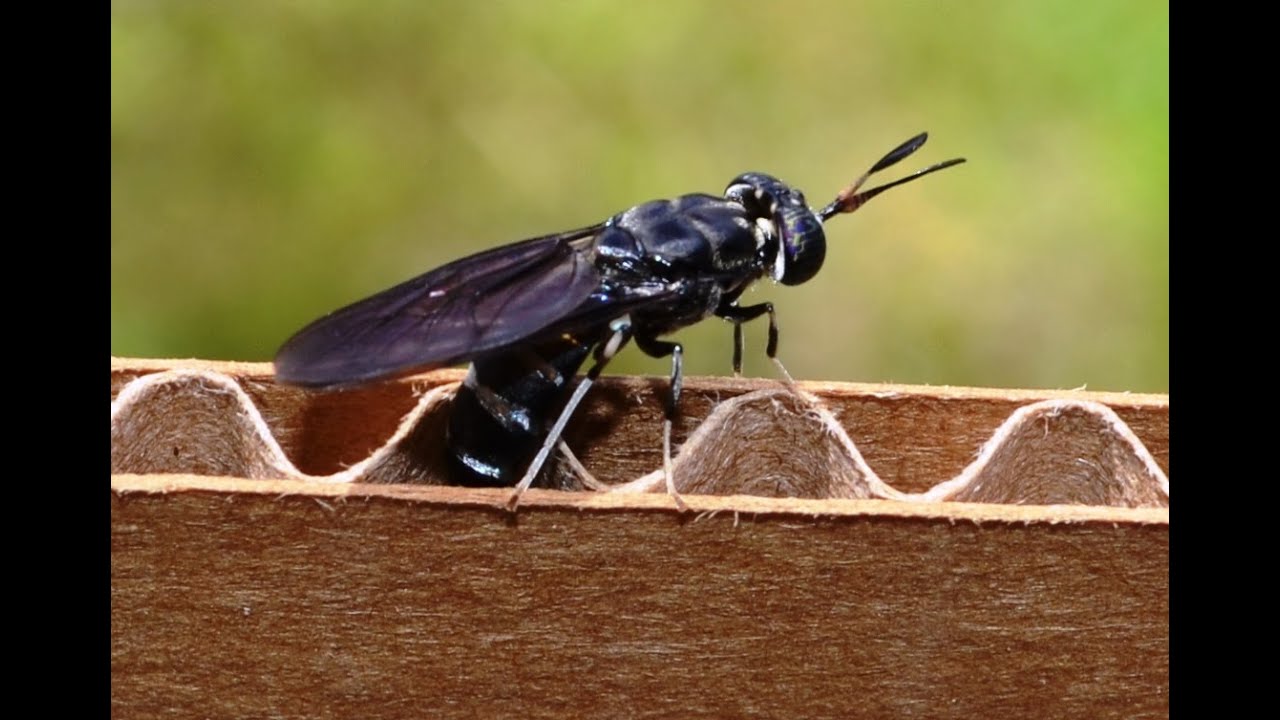 A joint venture between a bio-engineering firm and a pet food ingredient maker will focus on black soldier fly (BSF) larvae.

Intrexon Corporation, which works in the engineering and industrialization of biology, and Darling Ingredients Inc., a developer and producer of sustainable natural ingredients from bio-nutrients, formed the partnership. The joint venture, called EnviroFlight, plans to significantly expand production of ingredients for sustainable feed and nutrition derived from black soldier flies. The facility will be the largest commercial-scale BSF larvae production facility in the United States, according to an Enviroflight press release.

At the Association of American Feed Control Officials (AAFCO) meeting in January, the Ingredient Definitions Committee deliberated on the use of insect ingredients in pet food and other products, reported David Dzanis, DVM, PhD, CEO of Regulatory Discretion, for Petfood Industry.

The Committee indicated that new AAFCO definitions for each insect, type of ingredient (flour, meal, protein concentrate, etc.) and intended species would need to be established first for the insect ingredients to be considered acceptable. To date, only one insect, black soldier fly larvae (AAFCO #T60.117) has been defined, and that is limited to use in salmonid feeds.

Cargill Inc said on Wednesday it will exit the business of feeding cattle to direct capital toward other investments, the latest transformation for the global commodity trader.

Minnesota-based Cargill struck a deal to sell its last two feed yards to ethanol producer Green Plains Inc for $36.7 million, after selling other feedyards to Friona Industries last year, according to the companies.

Cargill’s withdrawal from the feeding business highlights a change in priorities at the company, which says it is the world’s largest supplier of ground beef.

Cargill wants to expand its North America-based protein business by exploring plant-based protein, fish and insects, along with other opportunities linked to livestock and poultry, spokesman Mike Martin said.

See the full article by following this link 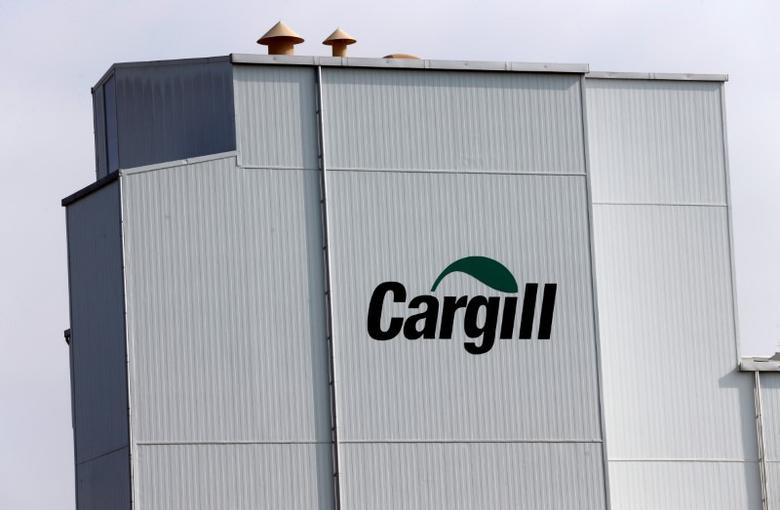